As per CNN iReport, Apple’s motion to dismiss the case rejected by U.S Federal Court.

Just when you think Geo Network would not dare to create another embarrassing scene on an international level for Pakistani Media after the infamous faux pas with their rendezvous with Hindustan Times back in 2013, Geo Network proves to top their earlier mistake off by again making Pakistan’s name hit the news for all the wrong reasons. International Technological circles are abuzz with the latest Trademark Infringement suit being faced by Apple Inc for offering Geo Network’s apps: “Geo News”, “Jang” and “The News International” on iTunes store.

As per the news report on CNN iReport, Apple Inc.  is facing a legal suit (No. 1:13-CV-13130-RWZ), filed by a person named Naeem Ahmed, who claims to own the copyright and trademark usage of the terms “JANG” “GEO” and “THE NEWS INTERNATIONAL”, which happen to be the names of the applications being offered by Independent Media Corporation (Pvt) Limited (Parent company of Geo Network and Daily Jang) through the Apple’s iTunes Store. 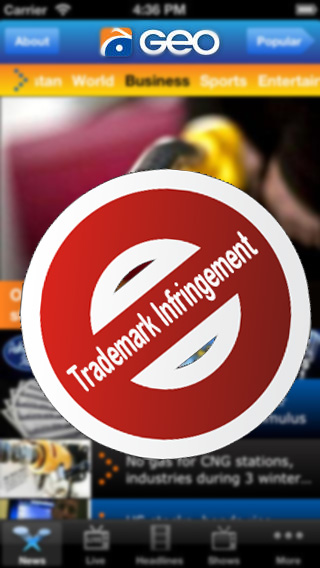 Trademark Infringement seems to merely add a “feather in the cap” for Mir Shakeel ur Rahman, owner of Geo News and Daily Jang, who is no stranger to controversy and lawsuits. Be it tax evasions and financial misrepresentation amounting to millions of Rupees or using his media enterprise for blackmailing, manipulation and promoting paid foreign agendas, the grimy history of Mir Shakeel ur Rahman’s career offers a wide array of utter disregard to laws and ethical boundaries. Despite all the evidences available and even broadcasted on online media, talk shows as well as the “Khara Sach” book published by Mubasher Lucman, the legal and regulatory authority are continuing their act of obliviousness.

Whether Apple decides to fight the legal battle or look for an out-of-settlement after the backlash by removing the controversial infringing apps of Jang, Geo and The News International from its iTunes store, the damage done to Pakistani Media Industry’s reputation and its morality has been done irrevocably by this disregard to intellectual property practiced by Geo Network on an international scale. The Government of Pakistan as well as the concerned regulatory body, PEMRA, should also take notice of the disciplinary violence of international laws at the part of Jang and Geo Network.

We live in Pakistan, the land of the pure, or so it used to be before a mix of power-hungry politicians and the questionable ethics of the Pakistani media devoured it. From the role of simply reporting the news, the media has empowered itself to a self-proclaimed watchdog of all the controversial issues of Pakistan.

Some would say that this helps Pakistan in some ways, i.e. keeping people vigilant as well aware of the prevailing problems in the society. However, turning it into an obsession and over-doing this role can be problematic, and some would take this interference as irksome.

Among all this chaos, let’s shine a light on one voice of reason; Mubasher Lucman. With the advent of his program “Khara Sach”. He took a bold step to highlight the issues prevalent in his own ranks; the media industry of Pakistan. Mubasher Lucman has highlighted many key issues in Pakistan and he has sought to investigate the roots of these problems and how they could be rectified.

Similarly, the book which he has launched recently, entitled “Khara Sach (Baba Jee k naam)” identifies many of the same issues (and is an excellent read by the way). This book is a first of its kind being a media investigative report about the Pakistan media, including Geo Network and its owners, namely Mir Shakeel ur Rahman (the renowned Babajee) & Mir Ibrahim and their own book of dark deeds and under the table deals. 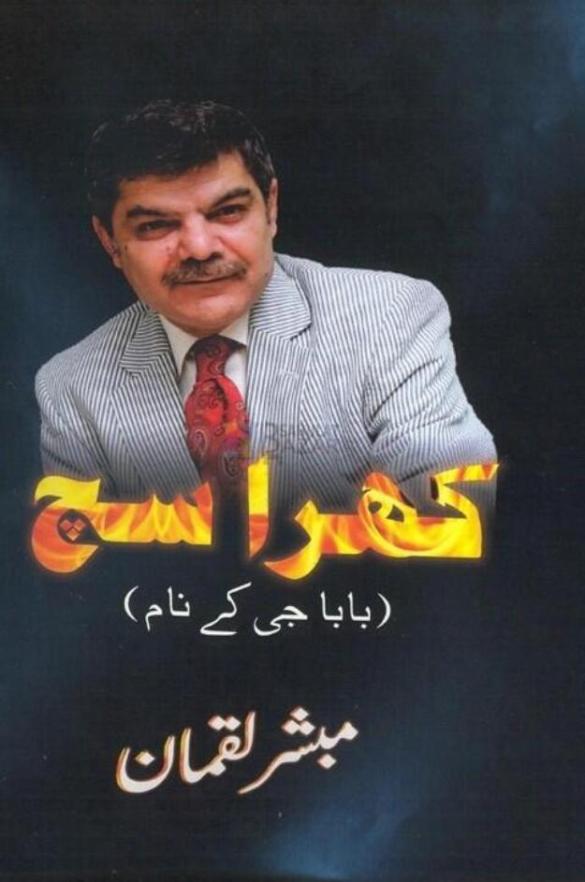 There is a fine line between investigative journalism and making unfounded accusations for personal benefits. Mubasher Lucman’s actions would be classified as the former, as they have been backed by evidence. Whereas, some figures in the media industry fall regrettably, in the latter.

A media outfit should concentrate on reporting the news, highlight the wrong doings in the society but it should not forget to look on their own reflection while doing so. It is no doubt the responsibility of PEMRA (Pakistan Electronic Media Regulatory Authority) to regulate and control the actions of media channels. So far, it has shirked that responsibility. If the media industry of Pakistan is to operate successfully, PEMRA must assert the required authority and take action on the facts highlighted through proper unbiased investigation of these media pariahs.