BOL Network entered the Pakistani Media Industry with an announcement that created a ripple effect among all the employees associated with the industry. With lavish salary packages unprecedented in the history of our media industry, everyone in the media industry you met is telling that he or she has applied for a job. Despite many naysayers doubting that a channel would ever go for offering such bountiful remuneration package, many known media personnel including famous anchorpersons and producers also expressed the desire for the media network – and apparently, they haven’t put their faith in wrong place!

With recently leaked BOL’s Financial Feasibility Report, the BOL’s “baray bol” do not seem farfetched! In fact, the report reveals the entire profit model on which BOL is planning to enter the market with all the buzz about them being the paymasters in the industry. The report shows BOL’s projected monthly expenses and earnings. Based on the profit earned on the projections, the report goes on to discuss the entire financial plan for BOL based on the competitor and market analysis. 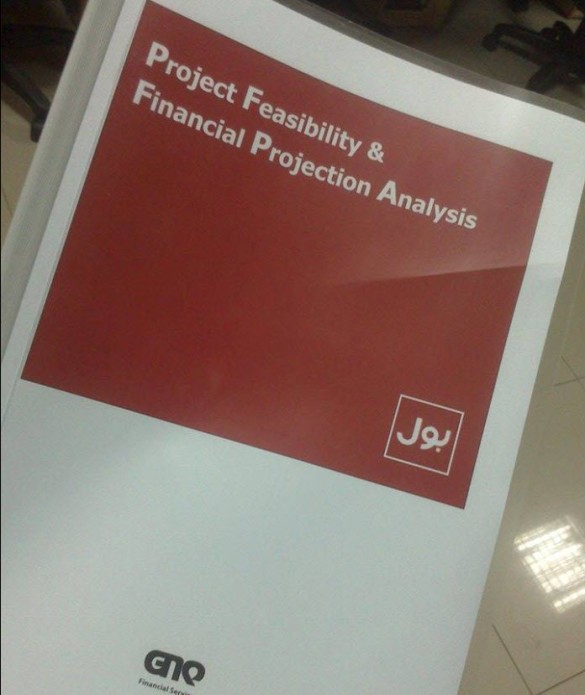 The revenue projections are based on the latest claimed revenue figures of the current market leader with revenue in the range of Rs 35-40 crore per month (GEO news in good old days before April 2004). It was assumed that BOL will become a market leader and is expected to earn revenue around 50-55 Crore per month. This NO.1 slot is something which now looks like pretty certain for BOL with the Kind of bang with which it is entering the market.

This revenue and summary of some broad expenses as shown in the feasibility are simplified below:

Another important factor in this report is the valuation of the company and how the equity is transferred to the employees. The company valuation of Rs. 100 billion might look like an underestimation. With a 5 billion paid up capital and 200 million per month of profits this valuation should be much higher than this when you compare it to HUM TV’’s (HUMNL) current Market Cap o Rs.12 Billion (the only publicly listed media company).

With 4 names mentioned in the report as ALREADY been awarded the ownership in the group through distribution of share certificates, namely: Azhar Abbas, Kamran Khan, Amir Liaquat and Jerjees Seja, BOL TV is surely turning them overnight into billionaires! The concept of such wealth distribution along with ownership is alien to Pakistani market but it is not a concept unheard of internationally; with top companies like Facebook etc making many top level officials overnight billionaires through distribution of Stock options.

This distribution of wealth among the employees without hoarding the entire profits only for the Seth, is surely a welcome change in Pakistani Media Industry. The Profit earned that has been used to build personal empires abroad with millions of dollar spent by the Seths of the media industry on lavish houses and Rolls Royces will now be distributed among the employees who actually work for the organization. With competition rising through BOL’s entrance and taking the first step in this direction, this is hoped to evolve in to a practice among all media houses to value their most important resource – Human Resource by giving them competitive benefits as well as stake in the media empires to empower them.